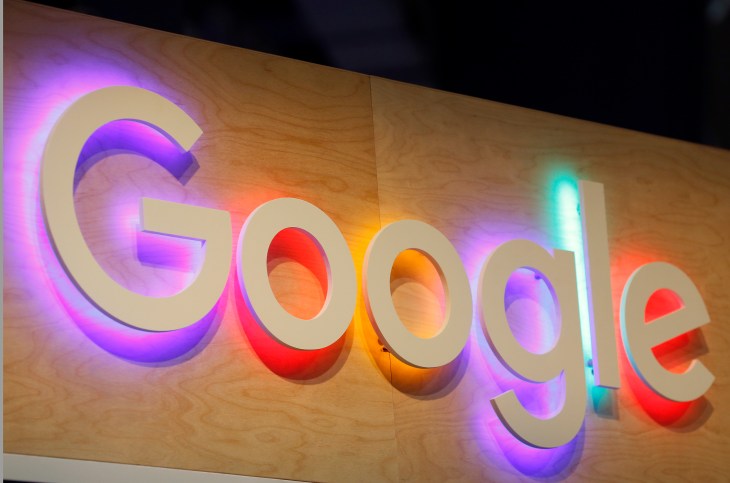 Google has quietly dropped its appeal in France against an antitrust fine of half a billion euros levied against it last summer for major breaches in how it negotiated to remunerate local news publishers for displaying copyrighted content.

A major reform to European Union rules around digital copyright which was agreed upon back in 2019 — and transposed into French law soon afterward — created a new right covering the reuse of snippets of news content.

Google responded to the change of law in France by first seeking to evade payment by stopping displaying such snippets in products like its news aggregator. But the country’s antitrust watchdog stepped in in 2020 — suspecting that Google’s unilateral act constituted an abuse of market power and ordering it to pay publishers for the content reuse.

Google then sought to cut deals with French publishers but this quickly led to complaints about how it was negotiating — such as by withholding key info and seeking to press publishers into bundling neighboring-rights payments into licensing terms for a News Showcase product Google had devised — so Google’s actions attracted another intervention by the regulator; and, in July 2021, a $592 million penalty for abusive negotiation practices.

The tech giant called the fine “disproportionate” when it filed its appeal against the Autorité de la Concurrence‘s sanction last fall.

However, now it’s agreed to withdraw the appeal. The development comes as the French competition regulator said today that it’s accepting behavioral pledges first offered by Google back in December as it sought to settle the antitrust action — which suggests that Google dropping the appeal forms a part of the full settlement that’s been announced today.

In its own blog post about the settlement, Google doesn’t make mention of withdrawing the appeal — instead, it spins its commitments being accepted as drawing a line under a problematic chapter for its business.

“Today, the Autorité de la Concurrence accepted our commitments, which frame the way in which these negotiations [over reuse of news publishers’ content] will be conducted for the coming years,” wrote Sébastien Missoffe, managing director and VP, Google France. “An independent trustee will be appointed and will be responsible for monitoring the proper execution of the commitments. These commitments illustrate our desire to move forward and to remunerate publishers and press agencies for their neighboring rights.”

What exactly has Google agreed to? The commitments that have been accepted by the French regulator now are a beefed-up version of the ones Google initially offered at the end of last year.

The regulator said Google has committed to undertake good faith negotiations with news publishers who request talks over remuneration for their content under the law — applying “transparent, objective and non-discriminatory criteria.”

This includes agreeing to pass key information to publishers in a timely fashion (e.g., the number of impressions and click-through rates of their protected content on Google Search, Google News, and Google Discover; plus data relating to Google’s revenues in France); and agreeing to pass to an independent agent relevant additional info that publishers may request (a structure which looks intended to workaround concerns of Google’s confidential info being too directly shared).

The framework commits the tech giant to make a compensation proposal within three months of the start of negotiations with a publisher.

If there is disagreement the framework allows for an arbitration tribunal to determine the amount Google must pay.

Google has explicitly agreed to keep separate terms with publishers to license legally protected content — so not to seek to bundle this type of content licensing into terms of any other Google media product (such as its News Showcase vehicle), as it previously attempted.

L’Autorité also notes that Google has agreed to extend the scope of its commitments to cover publishers it had previously sought to exclude, including press agencies.

Google’s blog post talks up the number of deals it has inked with French publishers in the interim — with the tech giant writing that it has “agreements with more than 150 press publications in France.”

However, as the regulator points out, the terms of the negotiation framework it’s agreed to mean publishers are not bound to any contracts they previously inked with Google — and are instead free to renegotiate terms with the benefit of the new framework in place if they so wish (though existing contracts will apply until replaced by any new deals).

Google has also undertaken not to take what would amount to retaliatory measures against publishers — committing that negotiations do not affect the indexing, classification or presentation of protected content; and do not affect the other economic relations that may exist between Google and press publishers and press agencies, per L’Autorité.

The commitments are now made compulsory for a period of five years — with the possibility of being renewed for a further five years, under the discretion of the regulator.

An approved independent agent will monitor Google’s application and oversee its negotiations with publishers. This (as yet unnamed) agent will have an active role in settling potential disputes by issuing opinions and proposals to the L’Autorité — which Google has agreed to be bound by (although publishers remain free to pursue alternative legal means to settle disputes if they wish).

Commenting in a statement, Benoît Cœuré, president of L’Autorité, said the regulator welcomes — “on the merits” — the commitments made by Google following its intervention and sanction, adding:

The combination of these different means of action now makes it possible to create an environment offering greater stability and guarantees of fairness for publishers and press agencies. For the first time in Europe, the commitments made by Google provide a dynamic framework for negotiation and sharing of the information necessary for a transparent assessment of the remuneration of direct and indirect related rights. This framework will improve evaluation methods and facilitate the transmission by Google of the information necessary for them.

The news reuse issue doesn’t only apply to Google’s French operations; the EU copyright reform will apply across the bloc once all Member States have transposed the regulation into national law — hence the framework agreed in France is likely to form a template for other negotiations with regional news publishers. (Per Google’s blog, the company has inked agreements with over 650 publications so far — albeit, it may face having to redo terms based on what it’s agreed to in France if publishers elsewhere decide they want a better deal.)

Beyond the EU, Google’s licensing negotiations with publishers in Australian are also regulated after the country passed its own news code bargaining law early last year.

While the U.K. also appears to be considering similar legislation to support publishers as it works on a reboot of domestic competition rules wrapping tech giants. Although there’s no near-term prospect of a change after the government delayed bringing legislation forward.

However, the U.K.’s competition watchdog has said it will make full use of its existing powers in the meanwhile — which, in recent years, has included obtaining a set of commitments from Google over how it will remove support for tracking cookies in Chrome and install alternative adtech.

That German FCO probe remains ongoing. But in January, Google offered to limit how the News Showcase ‘story panels’ would appear in search results in the market — shortly after the country’s competition watchdog determined it can apply special abuse controls to Google.

The short story of all these antitrust interventions is that Big Tech’s T&Cs are gradually being reshaped by forces outside their control. And — notably — it’s international regulators doing the running at the vanguard of this enforced reboot.